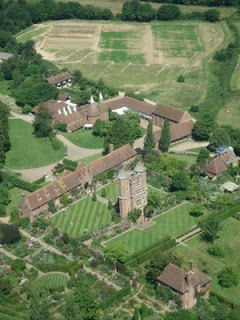 We visited Sissinghurst Castle with its Garden in Kent this week. It is one of the most famous gardens in the world, the creation of Vita Sackville-West and her husband Sir Harold Nicholson in the 1930's. It has neither children, dogs, advertising nor extraneous sounds - it is a paradise for old men.

Vita arrived here in 1930, looking for an old house where she could make a new garden, fell in love with Sissinghurst Castle and bought it, along with 400 acres of farmland.

It was an old place. The name 'Sissinghurst' came from Saxon times before 1066 and meant : a 'clearing' (sissing) in the 'woods' (hurst). In the Middle Ages a stone manor house surrounded by a moat was built.

In 1480 it was bought by the Baker family who were related by marriage to the 'Sackvilles' of Knole and in the 1500's an Elizabethan house built by Sir Richard Baker, was said to be one of the most magnificent in the Weald of Kent.

In 1756, after a change in the families' fortune, the house was let to the Government and used as a camp for French prisoners of war.
Over 3,000 inmates were held there over 7 years and it was from them that the title of 'castle' was given, since the house was similar to a French 'chateau'.

After the French had left it was occupied by the 'poor of the parish' working on the estate farm and in the neighbouring brickyard. Then, in 1855 the estate reverted to the Cornwallis family who built the new farmhouse.

* Vita and Harold made a garden which reflected their different personalities. He, the 'classicist', who designed the layout of the garden using the walls & buildings already in place and she, the 'romantic', who favoured profusion and surprise.

* On first seeing the castle she wrote : 'I fell in love; love at first sight. I saw what could be made of it. It was Sleeping Beauty's Castle, but a castle running away into sordidness and squalor, and a garden crying out for rescue.'
Here you hear her voice, reading her poem, 'The Land'.
http://www.youtube.com/watch?v=AjXvkRhoXXs

This video gives some idea of its magic :

And my photos might give some idea of that too : 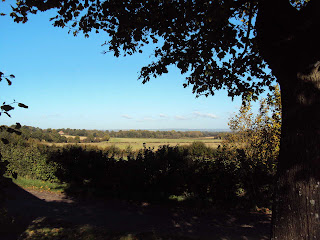 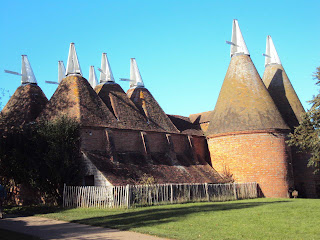 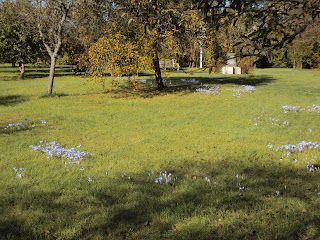 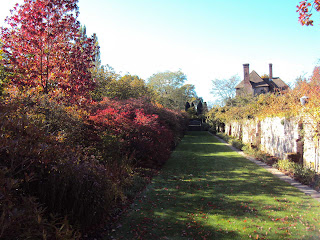 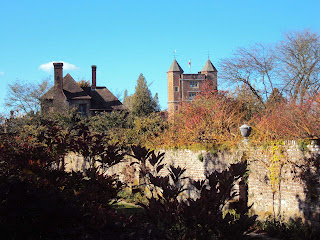 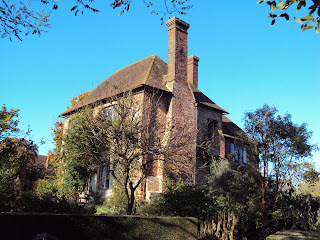 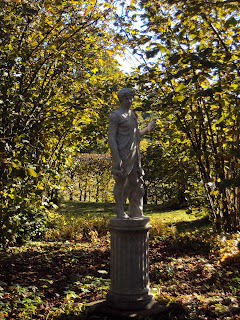 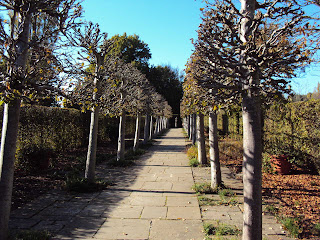 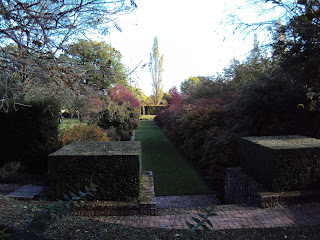 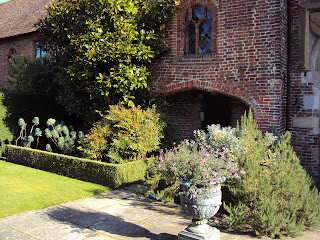