Is Britain, at its extremes, no Country for Old Men ? 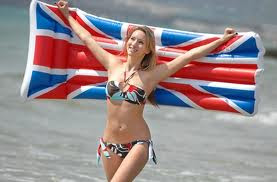 I was looking for evidence that this country is no place for old men, so I went on a 'Google Search'.


I put in : 'old men attacked on the streets' and gratifyingly, it only came up with the following 4 stories over this year :

3. Burglar who attacked 69-year-old man is jailed for up to 11 years

Labels: old men attacked on the streets in 2010