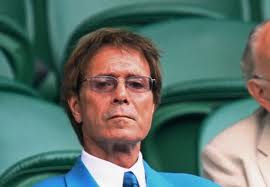 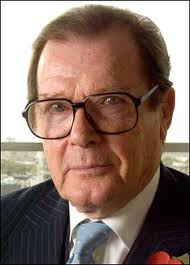 What is less well known about Roger is his humanitarian work.

* In 1983, his life changed when filming his 6th film as James Bond in India. Shocked at the poverty he found, he became interested in the 'Third World Humanitarian Effort'.

* His friend, Audrey Hepburn, had impressed him with her work for UNICEF and he became a 'UNICEF Goodwill Ambassador' in 1991. He was the voice of 'Santa' in the UNICEF cartoon The 'Fly Who Loved Me'.
http://www.unicef.org.uk/theflywholovedme/

* When in 2003 he became 'Sir Roger' in recognition of his humanitarian work he said that it "meant far more to me than if I had got it for acting. I was proud because I received it on behalf of UNICEF as a whole and for all it has achieved over the years".

* In 2003 he received the 'German Federal Service Cross' for his work battling child traffickers as special representative to UNICEF.

* In 2005 he was given the 'UNICEF Snowflake Audrey Hepburn Humanitarian Award'.

Sir Cliff Richard is 70 today is best known as a singer whose career started in the 1950's and led him to become the biggest selling 'singles' artist of all time in the UK, with total sales of over 27 million and more than 260 million records worldwide.

What is less well known about him is his charitable work in which he :

* through 'The Sir Cliff Richard Charitable Trust', helps over 50 independent charities, with a total of £500,000 a year with priority given to medical research, children and the elderly and the physically and/or mentally disabled.

* is Vice President of 'The Cliff Richard Tennis Foundation', a charity involved in taking tennis into state primary schools and which has given over 200,000 children a chance to try their hand at playing.

* is a Patron of the 'Roy Castle Lung Cancer Foundation' and 'The Alzheimer's Research Trust'.